In honor of Breast Cancer Awareness Month, CEOMOM is telling the stories of brave women who are survivors and fighters of breast cancer. All month long, you will read stories of triumph and hope as these women share how breast cancer will not have the last word in their lives.

Tina was diagnosed in 2005 at the age of 34 years old. Read her victorious story.

What type and stage of breast cancer did you have?

Walk us through the heart of your fight. What were your immediate feelings, thoughts and fears?

My story has a crazy twist to it; in 2005 while living in California, I had a once in a life time opportunity to be on NBC’s “Biggest Loser” ~ Navy Wives vs. Marine Wives episode. While working out for the show I noticed a lump. I mentioned to one of my teammates, Jessica, that I felt a lump and she demanded that I see a doctor. (Jessica is 6’ to my 5’3 so I listened!!) I guess you could say that I had to FIGHT from the beginning of my journey. Because of my age (34) and lack of family history, the military doctors in charge of my care did not want to give me the test that I needed to determine if I had cancer. I mentioned to the doctor in charge of the “Biggest Loser” that I felt a lump. At my request he did a breast exam concentrating on the area of my concern. He immediately told me that he did not want to tell me that I had cancer but I needed a mammogram. I explained to him the issues I had experienced with my doctors and he said that he would make any calls or write any letter necessary for me to get a mammogram.

I remember the day I finally received my mammogram, October 4, 2005. There was a picture hanging on the wall at the reception desk that read, “This is a LIFE SAVING picture.” The picture showed the mammogram of a woman who had recently been diagnosed with cancer. The moment my mammogram slide was held up I knew I had cancer. My picture was like the one I saw hanging in the reception area. On October 11, 2005, I had a needle biopsy to confirm my suspensions. The following week on October 18, 2005, I was told that I had cancer.

Describe the impact on your family, specifically your children. How did they help you fight?

Breast cancer touched my life and my family’s in many ways; it has made us all aware that we shouldn’t take life for granted. It has shown us that we must appreciate one another on a daily basis because breast cancer does not discriminate on who or what family it will touch. My oldest daughter Tiana, who was 13 at the time, talked to her teacher at school about it because she was having such a hard time with her school work. To her surprise, her teacher also had had cancer and encouraged Tiana. She also gave Tiana little pointers on how to make me feel better after work and after chemotherapy. I would come home from work and Tiana would have a hot bath waiting for me. She also gave the best back rubs on this side of Heaven! Tiara, my youngest daughter, was spiritually connected to me. I remember one day I was in the shower crying softly because I did not want anyone to see me crying. Tiara came into the shower and pulled the curtains back and said “Mom are you ok?” She had tears in her eyes because she said she felt that I wasn’t doing ok. My youngest child is my son, Reginald. Reginald by far had the messiest job; a job he took on himself without the instruction of anyone else. Reginald was the clean-up man during the days after my body released itself of the chemotherapy. I remember him telling me years later, “Mom, that was the worst job ever and I do not want to ever have to do it again!! But I will if it means I am doing it for you!” Other members of my family took the news hard. My sister Cynthia (big crybaby) worked in a cancer unit at the time and saw the day to day effects of cancer.

Describe where you are in your fight against breast cancer?

Today I am a survivor!! I finished the last of my chemotherapy treatment in August 2012 so I am 4 years into my remission. I say that not without some very scary moments; the latest being April 2016 when my oncologist at the Mayo Clinic (Jacksonville, FL) noticed that I had a swollen lymph node that had increased in size. I had to have a biopsy and a series of tests. Prior to that in October 2015, it was noted that I have spots on my lungs. I try not to worry about these things, but it’s proof of why “I FIGHT EVERYDAY”

How has the fight against breast cancer changed your life? 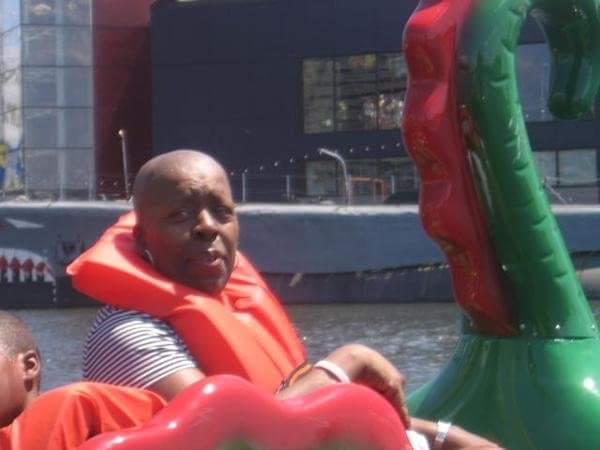 This fight has changed my life in so many ways. I travel more because I feel tomorrow is not promised to anyone and that if God has blessed me with LIFE, it is my duty to LIVE it to the fullest. I have zero tolerance for craziness, or negativity!

How are you helping spread awareness?

I became involved with Making Strides against Breast Cancer because of my familiarity with the American Cancer Society (ACS) while I was going through treatment for breast cancer. In my opinion, the care that they offer women during this stressful, life changing and emotional event is marvelous. As a result of the wonderful support offered to me, I felt compelled to give back! In the beginning I started bringing awareness to the disease by being a guest speaker for the Making Strides Walk in Norfolk, Virginia. I also volunteered to work in the registration booth, and continue to participate in the walk. In 2011, I was asked to become a Community Health Advisor (CHA) for the American Cancer Society who had partnered with Walmart to bring awareness to the City of Portsmouth, Virginia. At the time Portsmouth was #1 in the state of Virginia in mortality among African American women. It brightens my heart to have former coworkers’ lives saved because I encouraged them to have their breast exams (3 so far have been diagnosed following my encouraging words).

What words of wisdom and encouragement would you give to someone who has been newly diagnosed?

My words of wisdom and encouragement to anyone that has been diagnosed with breast cancer is, stay away from the stories of people dying from cancer, especially when you first find out that you have it. Instead, surround yourself with people who genuinely care about you. A strong support system can make you into a strong person.

Never blame God; this is the journey he chose for you. Live it, Learn from it, & Love it!! Cry as much as you want and then GET OVER IT!!! Cry again; and GET OVER IT again! Do not let anything the doctors say, you read on the Internet, or someone tells you about cancer make you lose faith in the God you serve! Instead choose to be an encouragement; a ray of sunshine, an inspiration to someone else who has to travel this journey of cancer!

Come up with your motto to live by as you kick cancer’s ass!!